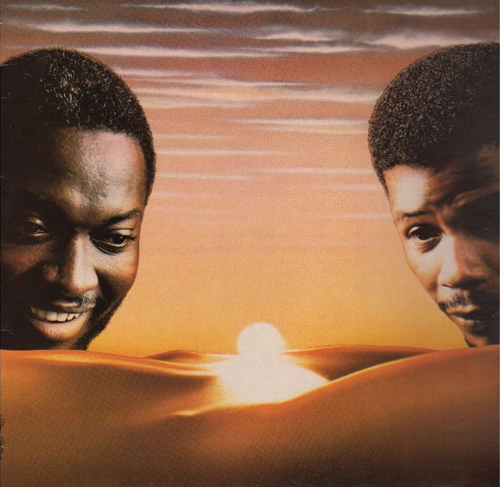 Can’t get enough of that West-Indies sound.., mostly referred to as Zouk, a synthesised version of Compas music, invented and made popular by the guys who founded Kassav’: Jacob F. Desvarieux and brothers Pierre-Edouard and George Décimus, Jacob and George on the picture above.

This summer seems to be summer of Zouk for me, as a couple of months ago, I went on a digging trip with my friend Rogier Mad’r Keller to flea markets around Paris and I picked up quite a lot of French Antilles albums, a couple of weeks later the fantastic Digital Zandoli compilation came out, and recently I was in Paris again and bought some more West-Indies albums. I recorded a mix with tracks that are not on the compilation, and I post this now while the sun is shining hot in Holland. Enjoy the tropical heat!