Just a day back from a 5 day trip to Istanbul, got a gig in Minimüzikhol 🙂 was meeting friends and digging for that Turkish black gold. Booked a Airbnb in Taksim, just a bit outside the area the promoter of the club had advised me (because it was much cheaper, looked clean and wanted to save money for records)… so by night I arrived in a cab at the address, a super dirty and dodgy street, dark – no street lights – right next to a noisy club, beats banging, swarming Turkish she-males near the entrance. I called the Airbnb contact and a guy in pink pyjamas, wearing some kind of Micky Mouse slippers, waved his tattood hand from around the corner. He was a super friendly host, who – like almost everybody – was within 10 minutes talking about Referendum and expressed his personal concerns, being a gay Christian in Turkey. Later I had some köfte from a bbq on the street and fell asleep in my clean bed after reading the essay on mescaline Doors of perception by Aldous Huxley.

Tension about the upcoming Referendum could be felt everywhere in the city. First I was finding record shops, book shops and secondhand shops in the little streets around the main Istikal Street, where all embassies were heavily protected by Police, the Dutch Embassy had a big banner calling Turkish kids to come study in Holland, summing up all benefits. The jewelery and carpet sellers who talk to you and ask where you’re from, excused themselves for their government when I was telling them I’m Dutch. When listening to these 7″‘s in the shops that were everywhere around – vinyl culture is BIG at Istanbul at this moment – sellers were explaining me that also for Turks the sound of the Anatolian Rock is relevant today: also in the 1970s, Turkey was dealing with political violence between supporters of the left and the right, separatist movements and the rise of Islamism.
Many of these artists, like Cem Karaca, Şenay, Erkin Koray, Melike Demirağ were controversial in what they stood for, incorporating protest songs in their repertoire and some lived in exile elsewhere in Europe after the militairy coup of 1980. Later that day I travelled to Kadıköy which is a kind of hipster area, full of record shops, at one shop all 7″‘s priced in Euros ‘because they just got back from the Utrecht Fair‘. In Istanbul they know the prices, many of the most wanted lp’s and singles are available, I learned the sleeves are worth as much as a VG+ copy of the plastic, so I got my chance finding some decent copies of classics without sleeves and I tried to find some more under the radar tracks by listening to piles of records, almost everywhere it’s possible to listen by yourself, which i prefer.

Thursday morning I woke up from a shooting right under my window, bang bang bang, angry screaming guys and more bang bang bang a few minutes later. When I went out after an hour I noticed nothing strange on the street. That afternoon I was to meet Barış K. and the promoter of the club. Barış K. showed his studio mostly build upon modular stuff and we talked for hours about (world) politics, the situation in the country and the upcoming referendum, we smoked and drank beers. In the evening I visited Peyote for a couple of drinks, the dj played Love Buzz of Shocking Blue. The next day I met Jan Schulte and Zozo for dinner at club Luzia more up in the north of Istanbul, relaxed vibe, super nice music. At midnight moved to Minimüzikhol were we had an amazing night!

Last days I had some more good finds in these two shops I would definitely recommend, Mono Plak and Deform Muzik also for their stocks in other genres than Turkish Psych and disco, the last one being specialised in former East European and Soviet music. On Sunday the referendum turned out to be YES, as expected, but still disappointment was big for most people I had contact with, following upon the outcome of the voting nothing really weird happened as some feared. Went to bed early as I left next morning early from Atatürk Airport, the cab driver who brought me there was raving in Turkish about the outcome of the Referendum, I couldn’t understand a word – as with the lyrics of all these songs – but the thought “will the Airport be named Erdoğan Airport in the near future?” came up. 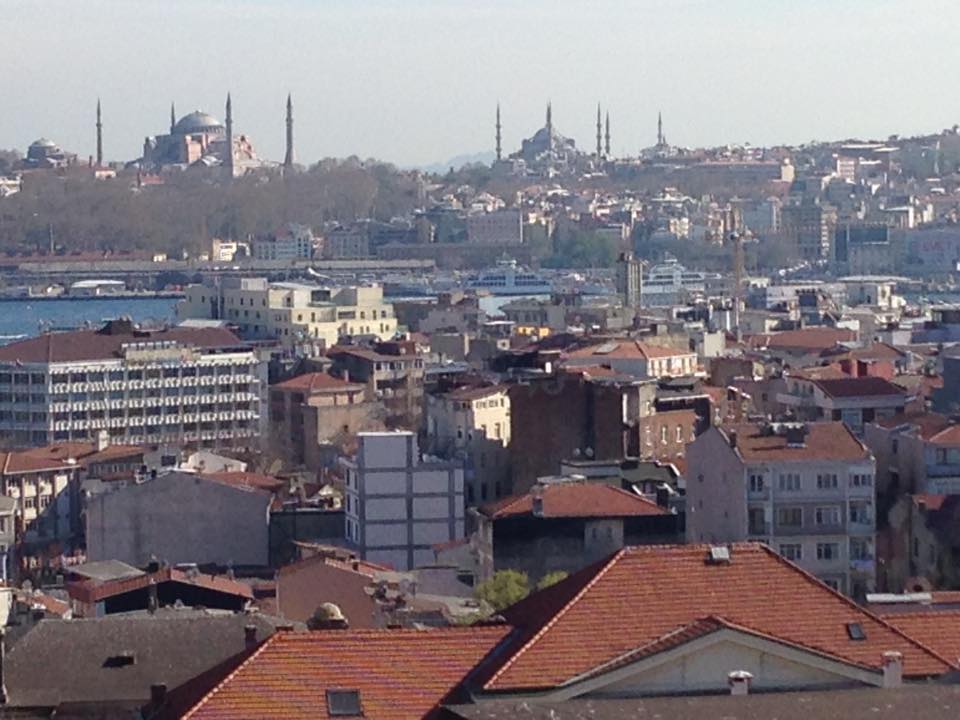