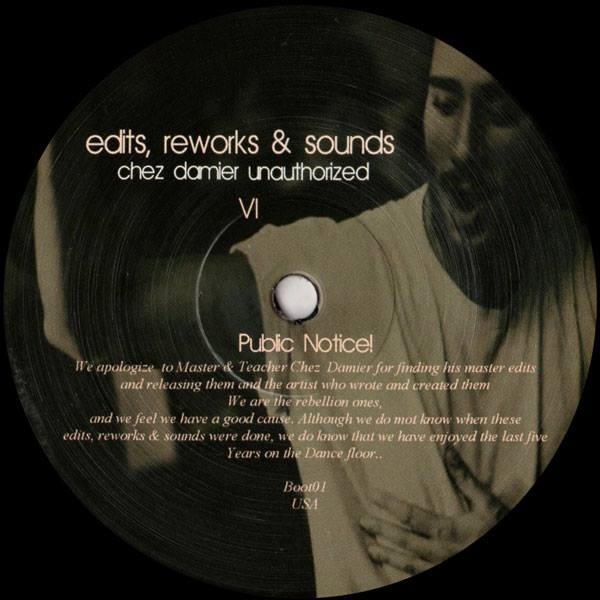 Haha, I got fooled yesterday by this new release I listened to at Clone recordstore. It has this text on it:
“Public Notice! We apologize to Master & Teacher Chez Damier for finding his master edits and releasing them and the artist who wrote and created them. We are the rebellion ones, and we feel we have a good cause. Although we do not know when these edits, reworks & sounds were done, we do know that we have enjoyed the last five years on the dance floor.” and I especially liked this A1 track, that sounds like an edit or remix of some obscure African track:

But I had some doubts about this weird bootleg… already part 6, so I missed 5 previous ones.. and if you check Discogs it all becomes clear. The track is by Station 17, an experimental rock & electronica group from Hamburg, Germany… and if you google this band, you find out it’s the German equivalent of the Dutch Jostiband, but way cooler, way more krautrock:

And this band released an album in 2008 with collabs/remixes done by all kinds of people like Michael Rother and this Kalabrese, a producer, dj and club owner from Zurich, I had never heard of.., who also did this track I like: