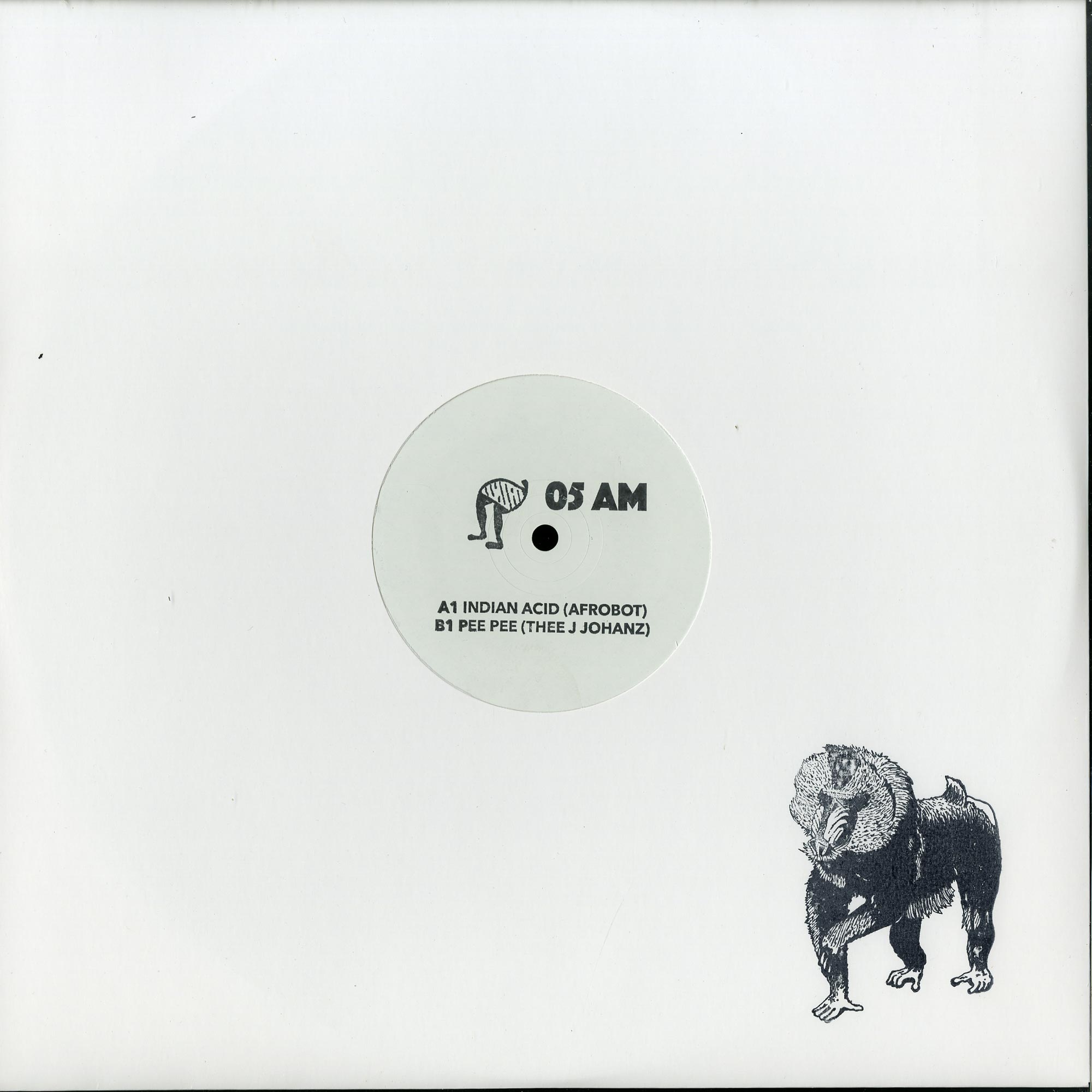 05AM contains two Bollywood bangers, loudly pressed – each on a 45rpm side of the record.

Afrobot’s cut is a raw and fast percussive acid track, just wait till that 303 comes in, Bappi Lahiri already knew in ’83 what to do with that machine. Indian Acid is an edit I already made in March 2015, during The Experiment (which resulted for me in starting this blog and the label AM). It’s a heavy cut up of Tum Tum Tumba by Bappi Lahiri from the album Karate, which I sold around that time, but before I shipped it I recorded it (luckily enough) and I discovered so many good parts that actually 2 more edits derived from this album: Bappi Karate, More Karate,
Indian Acid was the first.
It’s very possible you heard the track somewhere in a club since 2015 as it was on the USB sticks of dj’s like I-F, Orpheu, Tako, Jan Schulte, Lena Willekens, Zozo, Young Marco played it a lot and I freaked out when I heard Christian S. play it in De School early 2016 around 05AM.

For the other side Thee J. Johanz, big Bollywood expert and collector, delivered an edit that could be considered the Bollywood answer to Yali Yali, which you might know of the Todd Terje edit (but De Los Miedos edited it before), it’s that Jesus Christ Super Star theme, that also inspired Shocking Blue and Googoosh. Johanz’ funky Bolly disco version is a re-arrangement of a track by Babla, updated for nowadays club systems, with added bass, kicks, snares and other rhythm parts. BTW Johanz with his Ballyhoo studio is also the one who mastered the 3 most recent releases of AM (including this one). He’s playing a nice part of the original of Pee Pee in this mix, around 13:30