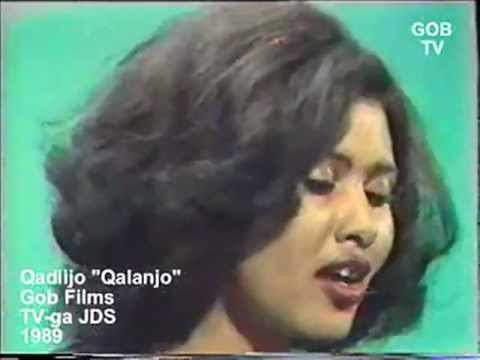 O Yes, I’m quite excited to present this mix, all credits for this one go to my good friend Nikolai van Zeeland for digging up these tracks online – from Youtube – he is the guy who also came back from Japan with the pile of Congolese Soukous and this time, while being injured and absent from his work for a couple of weeks, he decided to go on a virtual trip to Somalia, inspired by this mixtape! On the other hand I involved my good friend Axm3d, who is connected to the AM label and who is a Somali, at the moment spending much time researching the musical inheritance of his roots – delivering this Shourai Session about a week ago – to get some correct background information, on this mix that Nikolai and me quite guilelessly put together. Most of the songs are love songs, they also refer to Islam in ways of saying and doing – in a casual way – and between 1969 and 1991 there was intervention by the Communist regime of Mohamed Siad Barre, in a ‘Marxist educational’ and pro-regime way.

Compiling this mix, Nikolai and me were mostly guided by our ears, starting with a modern track (from 2011 by CabdiNuur Jazz) that has the oud in the intro, a typical Somali guitar-like instrument, but quickly jumps into this twisted synthesized reggae/dancehall style, that would become the common thread in this mix. The second track is an old one (70’s probably), on the oud again, played and sung by the legendary Maxamad Mooge Liibaan, trying to prelude two of the most fantastic but worst sounding tracks of this mix, again 70’s, reggae-vibes and crazy synths, by Khadija Qalanjo (picture above) and her band. This lady was the first Miss Somalia and was famous for her super progressive sound and moves – under the repressing regime – followed by a similar track from the old days by Aduunyooy Waalaleey, which comes from a crazy video I don’t understand, in which this guy is almost passing out, given some liquid by another guy, that helps him to keep standing in order to sing this song, something which looks like a shamanistic ritual. At 23 minutes we time travel to modern times, during the war that started in 1991 lots of old 70’s and 80’s material got lost and destroyed, but the reggae/dancehall and nowadays’ raggaeton influences remained. In this part tracks are from contemporary artists like Hodan Abdirahman, Gulled Ahmed and Waayaha Cusub, who often live (and record) outside Somalia, like you can hear Gulled Ahmed, in the US, is influenced by R’n’B, making heavy use of the harmonisers on the voice and the group Waayaha Cusub is based in Holland. The last track of the mix by Fadun & Mohamed is too good not to include but is actually from Djibouti, a country north-west from Somalia.

I hope you enjoy, and if you possess and/or know how to find better quality and/or other materials from this 70’s / 80’s afro-disco-reggae era in Somalia, please get in touch!