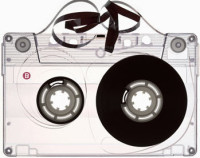 Okay, this is my first post… and I kick off with a ‘mini lecture’ on LoFi. It’s a reconstruction of an improvised talk accompanied with a minimix, that I prepared for The Experiment. The Experiment was a get-together of 6 producers (well, me as a dj exception) for 10 Sunday evenings in the first months of this year, initiated by Annika (Anus Records). Each week musical genres were raffled amongst all participants, and for the Sunday after we had to prepare a little talk and present a new track in the genre we got. Initially I wasn’t too keen on defining and making music through genres, as I think the most interesting music is exactly the kind of music that transcends all genres, but I had much fun researching weird and for me unknown genres, and I started thinking about genres more as a word to describe influences or roots of music than as fixed frames. For me, I guess, The Experiment resulted in beginning this blog now. The first genre I got was LoFi.

What Is LoFi? by Afrobot on Mixcloud

No LoFi without High Fidelity of course, and that word was getting to be employed in the 1950’s as a marketing term to describe records and equipment intended to provide faithful sound reproduction. As a term to describe a musical genre, LoFi is mainly associated with recordings from the 1980s onwards, when cassette technology such as Tascam’s four-track Portastudio became widely available. Recent uses of the phrase have led to it becoming a genre, although it still remains as an aesthetic in music recording practice. The aesthetic of LoFi music often contrasts that of mainstream pop by being somewhat flawed but at the same time embracing those flaws, giving LoFi a more honest and unpretentious feeling. That’s my recap of Wikipedia’s definition.

So in the minimix I mix tracks ‘from the genre’ with songs that unintentionally have this LoFi quality. It begins with some musique concrète kind of experimental sounds, in which you hear it’s old and analogue, followed by Joe Meek‘s track ‘I hear a New World’ from 1960, that was way ahead of its’ time. At 2:10 you hear Spike, for me the typical LoFi artist, who released 4 private pressed records, all recorded at his home in Leiden, this track Crazy Lady comes from his album Low Profile, and the little text on the back says it all: “This record is home made and by one man alone. Due to the fact it is home made one must not expect super sound quality for the recording was done on simple gear” and probably the title of another track from this album explains all about the (DIY) LoFi motivation: PLMSMS – Please Let Me Sing My Song!
After some Japanese visual artist’ recording and a fragment of the typically LoFi Throbbing Gristle we head towards the only ‘fake’ LoFi track by Money Mark, who -with his love for old broken organs- creates a LoFi sound in a perfectly equipped professional studio, mimicking the home feel and delivers this sweet pop ballad. Further on in the mix I dig in more exotic productions like those of Médico Doktor Vibes and William Onyeabor, the Nigerian mystery producer whose entire legacy has been re-issued by David Byrne’s Luaka Bop label in the last years.
At 9 minutes it’s the pulsing beat of psychedelic group Silver Apples kicking in, featuring Dan Taylor on drums and Simeon on a homemade synthesizer consisting of 12 oscillators and an assortment of sound filters, telegraph keys, radio parts, lab gear and a variety of second hand electronic junk. Harco Pront takes over at 10 minutes, with the most danceable track of his debut album Jibberish, entirely recorded in his bedroom and it clashes with the first of some ‘on 8-track recorded’ new wave tracks included in this mix. The hiphop jam is also from Eindhoven (like Harco) and was self-released by art collective Betamaxxx, it’s picked because of the recorded acoustic sounds of kitchen stuff, and more (LoFi) acoustic than Moondog it doesn’t get. After that it’s the amplified and distorted kalimbas of Konono nr.1 from Congo followed by the rest of the idiomatic 8-track new- or minimal wave recordings by Jeff & Jane Hudson, Chris and Cosey, The Flying Lizards and Luc van Acker amongst others.
Just before 24 minutes the mix is going into another direction with the gypsy acid of Human Software, recorded on the road in a bus in Greece, this time with a mobile 4-track machine and after it’s Yugoslavian protest music, (illegally) recorded and distributed on cassettes. The mix ends with one of the songs of the beautiful compilation Personal Space, a selection of electronic soul and funk home recordings from the US… highly recommended if you’re into black music and became interested in LoFi…